Why visit Durban on your next Vacation 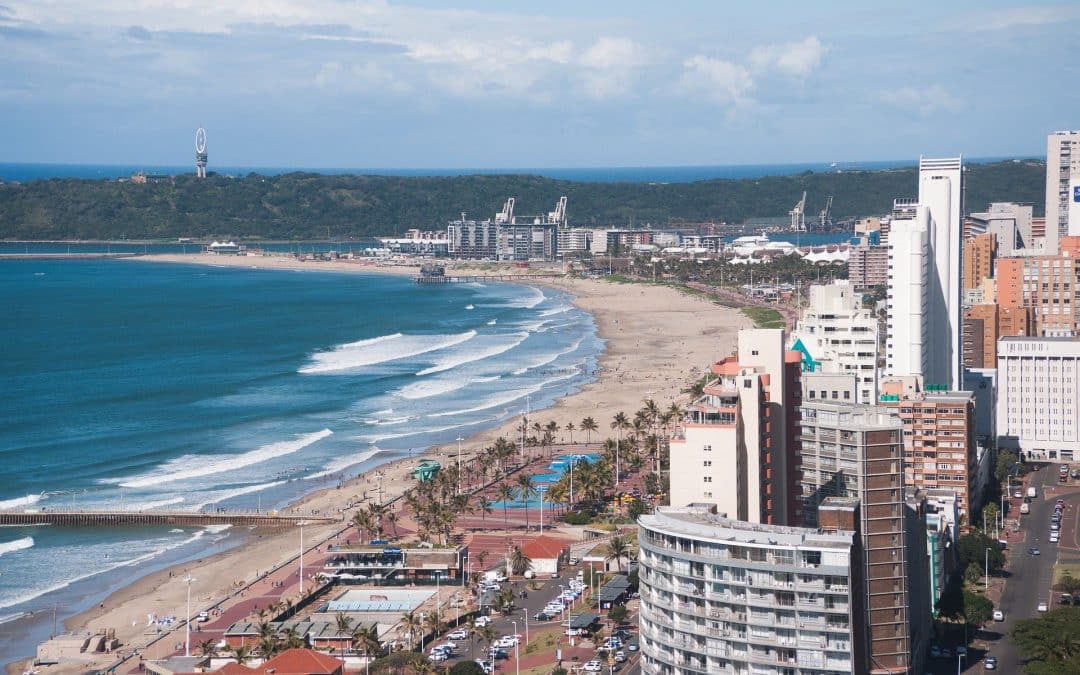 Durban on the east coast of South Africa has often been overshadowed by its popular sisters, Johannesburg and Cape Town, but this laid back seaside town is slowly making waves.  Here are just a few reasons that makes Durban a one of a kind experience.

Durban has some of the best beaches in South Africa and unlike some of the more advertised beaches on the west coast that border the frigid Atlantic Ocean, Durban has the warm Indian Ocean and the warm Mozambique Current that make sure the water stays toasty throughout the year. The Golden Mile is a prized stretch of land along Durban’s North Beach that is popular with surfers, fishers, joggers, and offers some of the best beaches in Kwazulu-Natal.

Warm throughout the year

Durban is the ultimate holiday destination because the weather is always good. The sunny weather, warm Indian Ocean, and warm Mozambique Current (see above) keeps Durban warmer than the rest of the country. Dubbed South Africa’s playground, the day always promises to be warm whatever the season. In summer, the sun is always shining and in winter, the day temperature hardly ever falls below 18° C (64° F) making it the ideal destination for any type of holiday. 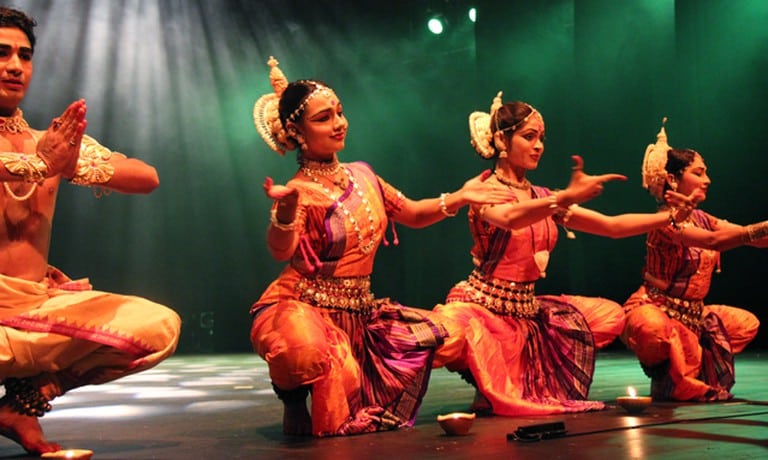 Durban is known to have one of the highest concentrations of Indians outside of South Africa. This has led to a unique cultural situation where Indian culture has made a significant impact on local cuisine and dressing. This makes Durban a vibrant mix of communities where local Zulus, Indians, Blacks, and Whites interact and live together providing a unique view into post-apartheid South Africa where the concept of ‘ubuntu‘ is embraced.

Save a buck or two

Durban is not (yet) as popular as South African destinations like economically stimulated Cape Town and Johannesburg, making it a significantly cheaper city to live and holiday in. Food, rent, and entertainment can be much cheaper in this seaside city, making it a great holiday destination where tourists can save a few bucks. 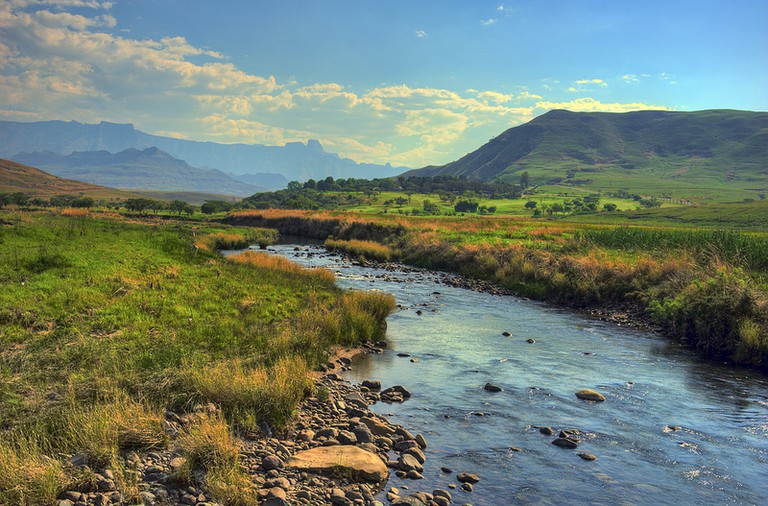 Durban has the sea, the valleys, and the mountains. Everyone knows about Durban’s amazing ocean but what people forget is that people can go a few kilometres inland and drive through the scenic midlands or even further into KwaZulu-Natal to see a number of game reserves. Further in on the South Africa/Lesotho border, see the majestic Drakensberg Mountains that even promise snow during a cold front.

Durban has won the city with the best quality of living in South Africa for three years running. The annual international survey by Mercer ranks cities in the world based on quality of living. Durban came ahead of Johannesburg and Cape Town and was placed second after Port Louis, Mauritius as the best city in Africa. 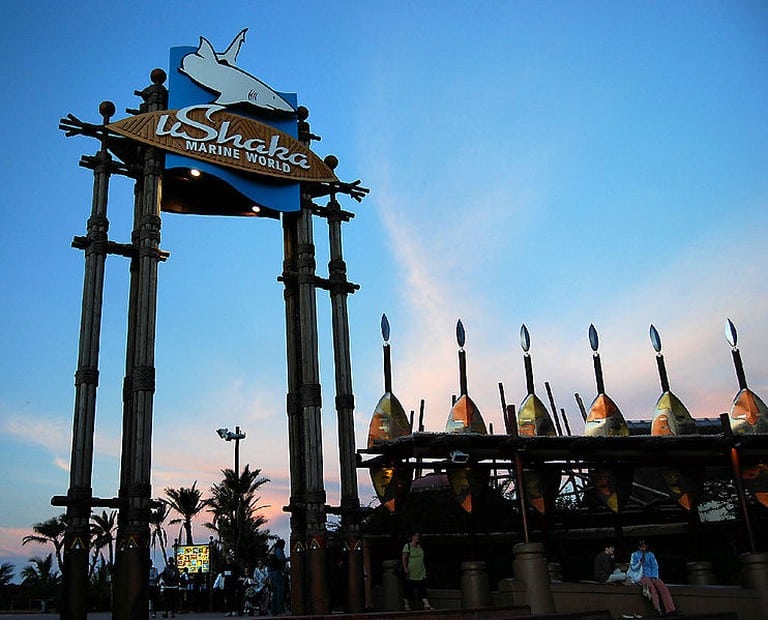 One of the refurbishment projects for the Durban point area was to open a large water world toward South Beach. Ushaka Marine World boasts an aquarium, water park, and a village walk for shopping. After a fun day at the Wet’n Wild Waterpark, head to the Ushaka Sea World. The fifth-largest aquarium in the world, it is underground and designed around five shipwrecks.

North of Durban, the Gateway Shopping Mall is one of the 50 largest malls in the world and claims to be the biggest mall in the Southern Hemisphere. With 18 movie theatres, over 400 stores, an arcade, a theme park, and a water park, the mall has food options and entertainment for everyone. 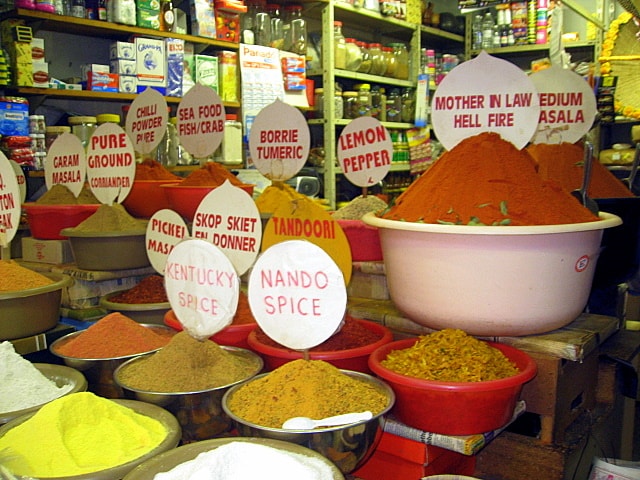 Cape Town may be famous for its epic sunsets over the ocean, but Durban’s hidden secret is its breathtaking sunrises. Wake up early enough and get to a promenade to watch the sun majestically rise out of the ocean along with a handful of early joggers and surfers. It’s one of Durban’s best kept and most beautiful secrets. 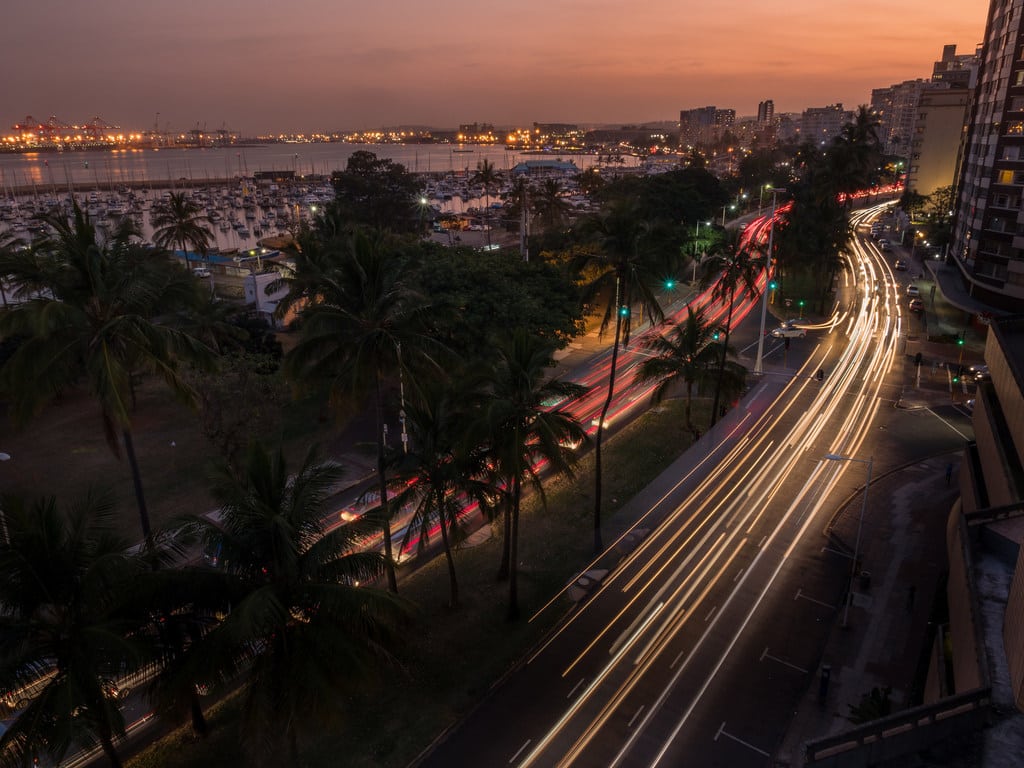 Since the World Cup in 2010, Durban’s possibilities have gradually become more recognised. In 2014, CNN named Durban one of the 10 most underrated cities in the world. It was on The New York Times‘ 52 places to go in the world in 2015, and in 2016 CNN named Durban one of the 23 cities in the world for the best street food. Besides that, the city has increasingly played host to a number of national and international world-class conferences and concerts that include the United Nations Climate Change Conference, International Aids Conferences, and the World News Media Conference. It’s the new place to watch in South Africa.

When visiting Whale’s Tale one gets to enjoy as much of Durban as what you can and then you can come and revive yourself in one of our beautiful rooms.